I Wish I Were Going to GDC 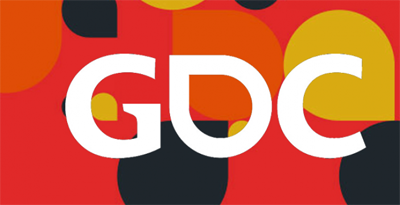 I wish I were going to the Game Developer's Conference this year. It's as simple as that. I mean, as any of you who keeps up on our corporate blogs will have deduced, there are a fair number of gamers within our four walls. Jeremy Newman and Vince Lund are first-person shooter types. I'm mostly a turn-based strategy guy, but I've played World of Warcraft for years and years (too many years, actually). Our Prez, James Ramey, is also an FPS type, but has taken a real liking to World of Tanks (and is damned good at it). Andrew Eikum is a big iRacing fan (and drives real race cars for fun, too). Our illustrious leader, Jeremy White, would play more games if he weren't also Captain Vertigo. But as it is he mostly has to settle for online chess. Andrew Balfour has killed more Kerbals than he cares to admit, and has run Skyrim into the ground as well. And Caron says she's just testing Wizard101, a lot, but her characters seem to be awfully high level, now don't they? So, all things considered, we have a healthy, healthy (maybe too damned healthy) game culture around here.

All of which means I'd love to be out in San Francisco next week, checking out the latest, greatest goings on in the game industry. Because what could be more fun that actually getting paid to go walk the floor at the Moscone Center and see the sights? (For those who don't know, we do a lot of game porting: taking Windows games and moving them over to Mac or Linux. Like, a lot. So GDC is a good opportunity to go drum up some business.) Not only that, but we're bringing a killer new booth to the show, including two fully functional iRacing pods that you can actually climb into, as well as stations for playing World of Tanks and Wizard 101, all of them running under CrossOver. It's going to be a blast, for us and the showgoers who get to play and race and have fun, and I'd love to see how it's all going to come off. Plus, there's supposed to be a big announcement from Valve, and we're all a'twitter about what it might be...

Sadly for me, though, as I discovered this summer, Physics doesn't lie. F=MV. Or put more colloquially:

And I still haven't completely recovered to the point where I think standing on my feet for eight hours, much of it on a barely-concealed hard concrete floor, would actually be a good idea. So I'm bagging it this year, and relying on Jana to send me a steady stream of photos showing just how awesome the show is, and how awesome our new booth looks, and so on.

And yeah, maybe I'll play a little extra World of Warcraft over lunch next week, purely for reasons of solidarity, of course…

Jeremy Newman
Posted 2015-02-25 12:49
For the record, I'm not just an FPS type. I also play a healthy amount of RPGs and 3rd person action games. I am a Nintendo and Pokemon fanboy, as well as a collector of all generations of console games and hardware. Games are my life, and like the comic book guy in the Simpsons, in the end of days I will look back and say, "life well spent!".

Unfortunately, I am not going to GDC either. I do look forward to reading the news and seeing the pictures from the show.