You Can’t Pick Your Family, but You Can Pick the Platform You Research Them On.

Tomorrow, three of CodeWeavers bravest souls are starting their trek to Salt Lake City, Utah to represent CrossOver Mac at the 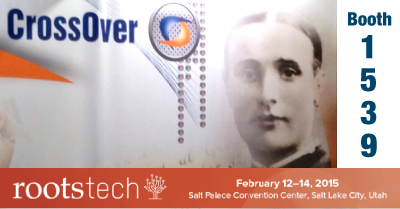 Our Mac laptops are locked and loaded with software like, RootsMagic, Legacy Family Tree, Family Historian, Ancestral Quest, Ancestral Sources, GenoPro, GenScriber and GenSmarts 2 ready to show the world of genealogists that they can run their favorite Windows genealogy software on Mac with a little help from CrossOver.

For three days (February 12-14 at booth 1539), we are going to demonstrate to genealogists, ancestresses, family storytellers, pedigree historians, heritage detectives, lineage researchers and descent analysts that they no longer have to be confined to the Windows operation system to successfully research their family history. They can finally cozy up to the superior Mac OS platform and comfortably run their favorite Windows family history software.

CodeWeavers built its reputation on the belief that you should be able to choose the platform you want to run your software on, not the other way around. So if you are looking for an easy, affordable way to run your Windows genealogy software on your Mac, stop by our booth, 1539, for a free demonstration and a special RootsTech discount offer for CrossOver Mac. And as always, download our free trial of CrossOver!