May the Fourth, the Fifth, the Sixth Be With You 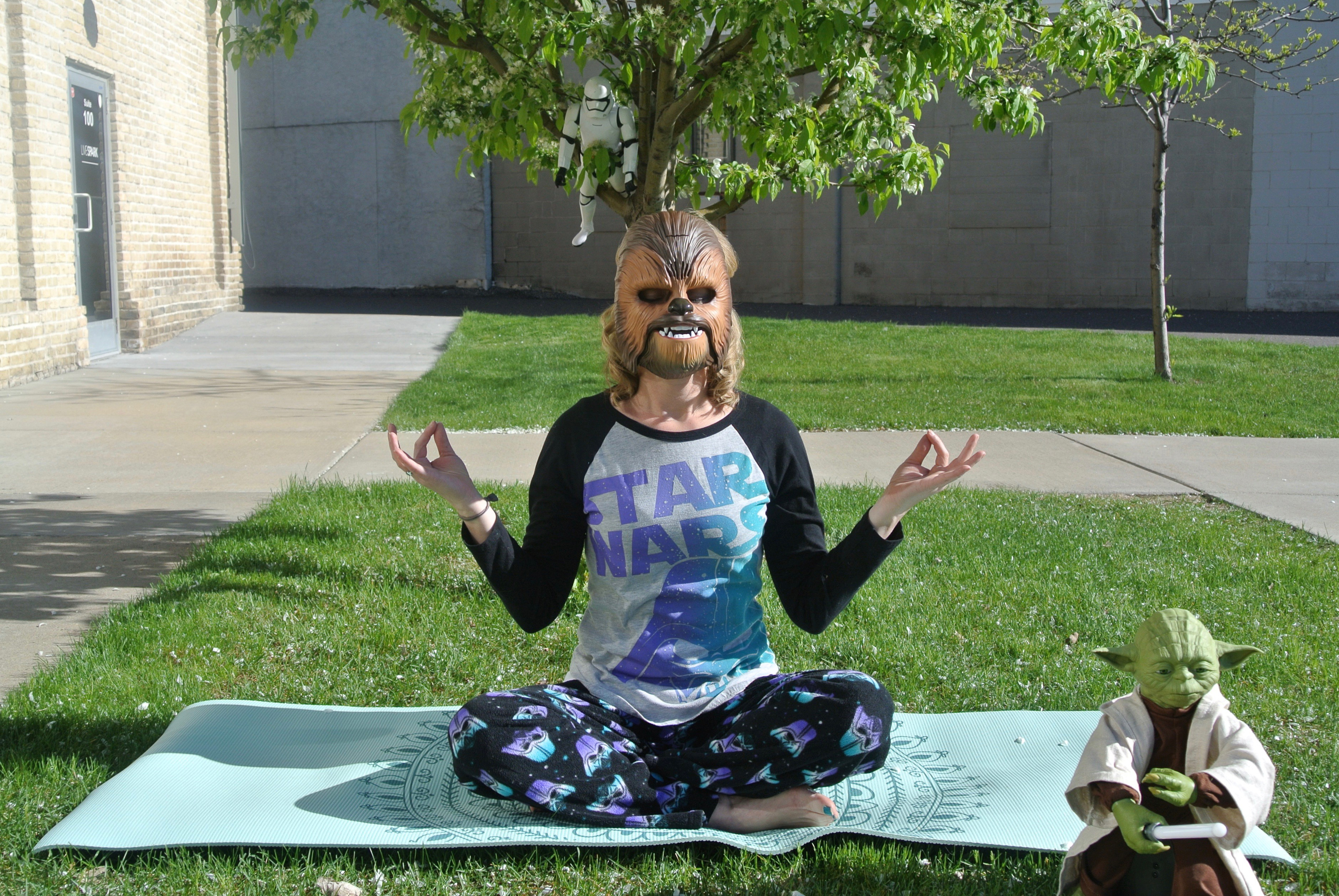 A long time ago in a blog post far, far away I absolved my inclination to watch Star Wars and left it up to the voting public to decide my Star Wars viewing fate. 80% of you responded that I should, indeed lose my Star Wars virginity.

173 days later, I have not made good on my debt. I’ve started countless blog posts riddled with excuses as to why I haven’t watched Star Wars. I’m constantly surrounded by mementos of my failed follow through. The Darth Vadar pajamas I lounged in all winter, light saber bubbles that filled the children’s Easter Baskets, the Chewbacca build-a-bear that finds the most vicarious hiding places, how any stick can turn into a gimer stick, Star Wars SPF in the skincare section, 23 Ways to Throw the Best Star Wars Birthday Party Ever and so on and so on.

I am enough.
I have enough.

So while I wasted countless co-worker hours discussing the order in which I should watch Star Wars (options included: chronological order, machete order, release order and Jeremy White order) and falsely emailed the entire company about my resolve to watch the series, at the end of the day, watching Star Wars isn't going to bring me peace. 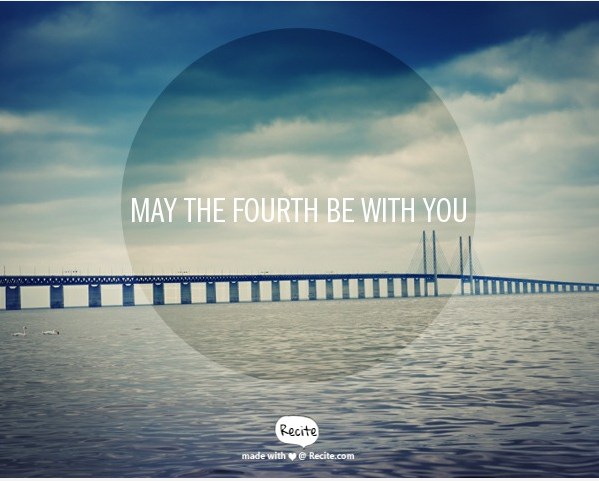 I am perfectly imperfect.

I know that I can rest comfortably tonight, coming clean, and putting this whole Star Wars debacle behind me.

May the Fourth Be With You.

Your highest self only wants you to be at peace. It does not judge, compare, or demand that you defeat anyone, or be better than anyone. It only wants you to be at peace. Whenever you are about to act, ask yourself this question: "Is what I am about to say or do going to bring me peace?" If the answer is yes, then go with it and you will be allowing yourself the wisdom of your highest self. If the answer is no, then remind yourself that it is your ego at work. – Wayne Dyer

Oh and just one more thing. Asking for a friend. What order would you recommend watching the Star Wars Series in?

*Episode 7 gets inserted at the end of all of those, except Jeremy White order, which does not acknowledge the existence of multiple films (or the special editions for that matter, so A New Hope should technically be 1, but I listed it as 4 for clarity).

Owen Rudge
Posted 2016-05-04 11:54
I haven't tried it myself, but Machete Order does sound like it might be a good way of watching the films for a newcomer without spoiling all the surprises (if you've managed to live in a bubble for the past few decades!).

Carlos Rafael Ramirez
Posted 2017-04-09 23:25
I recommend chronological . Because she will have the opportunity to watch them in a different way as we did. And the impressions could be different also.