SAINT PAUL, Minn. (August 11, 2010) – Jeremy White, founder and CEO of gadfly software developer CodeWeavers, Inc., announced today he is the firm’s “Employee of the Month” for the 175th consecutive month, an accomplishment unmatched by any executive in corporate America.

“Each month, CodeWeavers selects an employee who excels in productivity, industriousness, passion, team spirit and initiative,” said White. “We seek an individual who goes above and beyond his or her daily requirements to demonstrate greatness and loyalty. 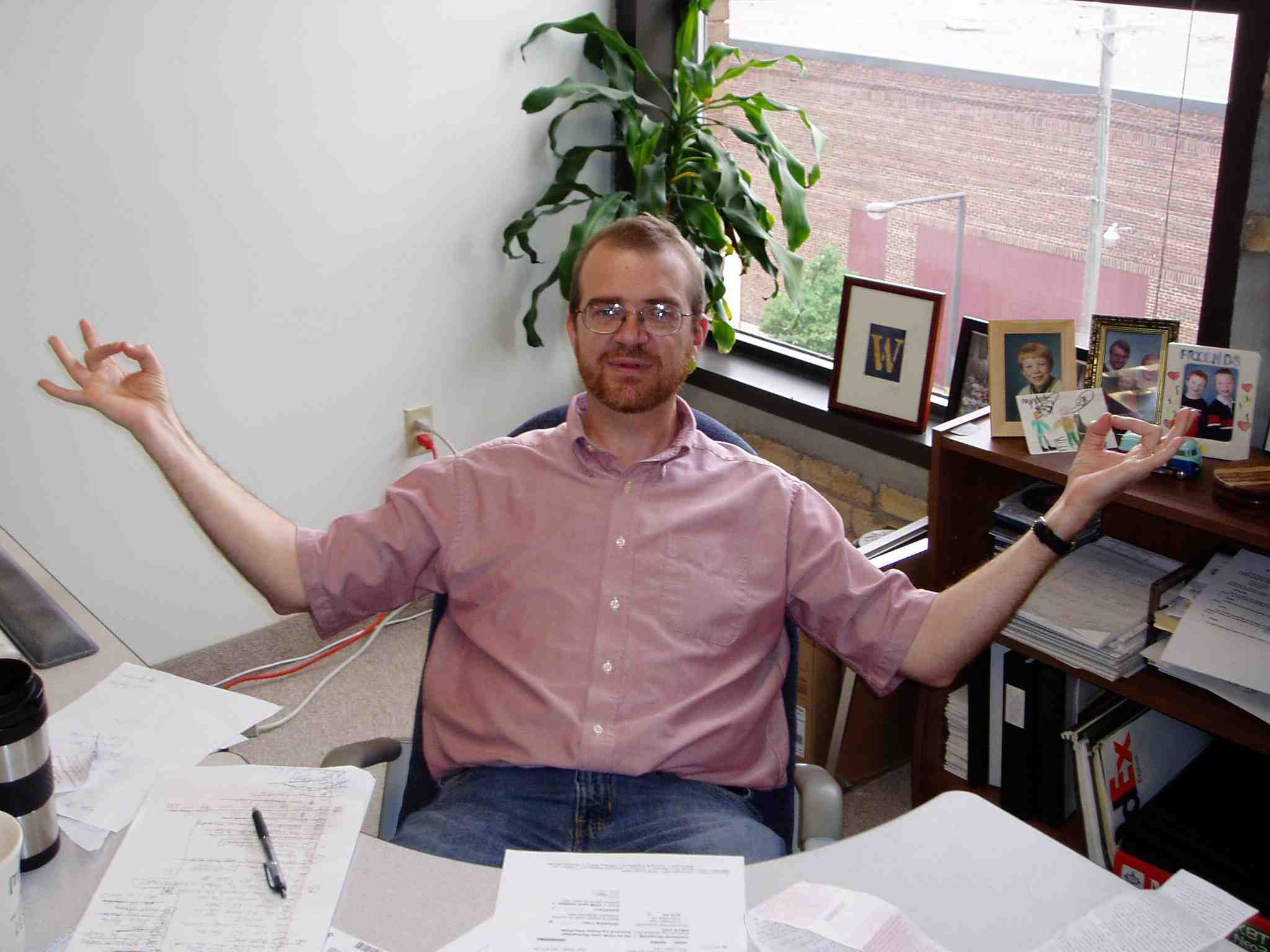 14-hour workdays as opposed to their mandatory 18-hour shifts, or my dangling OHSA-taunting incentives for our sales force, no one…no one…can write code or close deals as well as me,” White added.

Standing in an awards ceremony attended only by him, White applauded himself as he nailed his framed photo next to the 174 already hung on the wall.

“It is an honor to once again serve CodeWeavers as employee of the month,” White said, “I congratulate myself on this Jack Welchian level of performance, and I challenge my employees to bring to this office the poise, confidence and skill it takes to topple me from this mountaintop.” 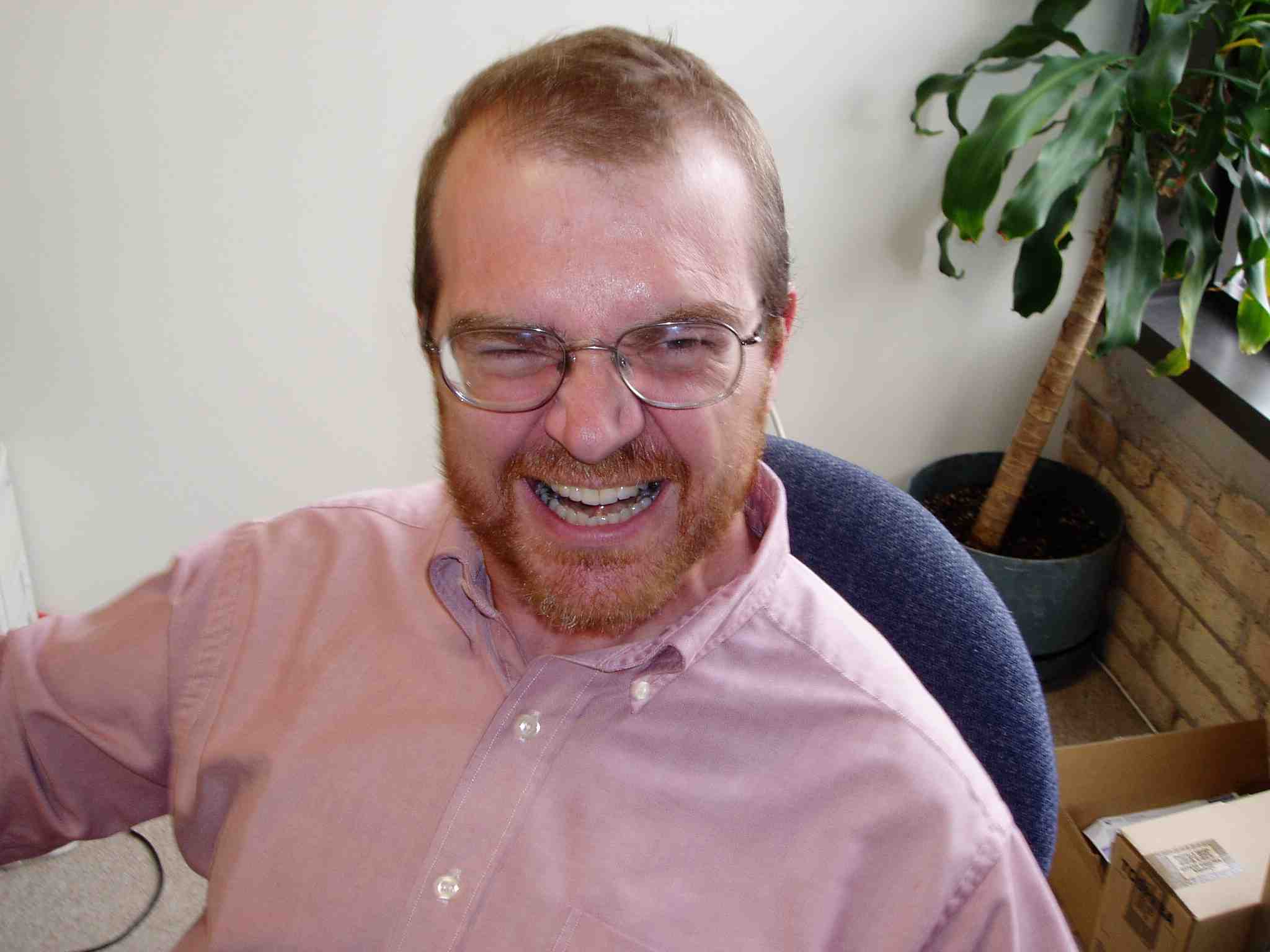 For his efforts, White once again receives:

Founded in 1996 as a general software consultancy, CodeWeavers focuses on the development of Wine – the core technology found in all of its CrossOver products. The company's goal is to bring expanded market opportunities for Windows software developers by making it easier, faster and more painless to port Windows software to Linux. CodeWeavers is recognized as a leader in open-source Windows porting technology, and maintains development offices in Minnesota, the United Kingdom and elsewhere around the world. The company is privately held. For more information about CodeWeavers, log on to www.CodeWeavers.com.

August 11, 2010
Copyright © 1999-2021 All Rights Reserved · Privacy Policy
CodeWeavers or its third-party tools process personal data (e.g. browsing data or IP addresses) and use cookies or other identifiers, which are necessary for its functioning and required to achieve the purposes illustrated in our Privacy Policy. You accept the use of cookies or other identifiers by clicking the Acknowledge button.
Acknowledge
Please Wait...
eyJjb3VudHJ5IjoiVVMiLCJsYW5nIjpudWxsLCJjYXJ0IjowLCJ0enMiOi02LCJjZG4iOiJodHRwczpcL1wvbWVkaWEuY29kZXdlYXZlcnMuY29tXC9wdWJcL2Nyb3Nzb3Zlclwvd2Vic2l0ZSIsImNkbnRzIjoxNjM4NDcxNDY0LCJjc3JmX3Rva2VuIjoiWVRzTUVBZENKNE1NNFVOUSIsImdkcHIiOjB9