What Lies Ahead for CrossOver Android
by 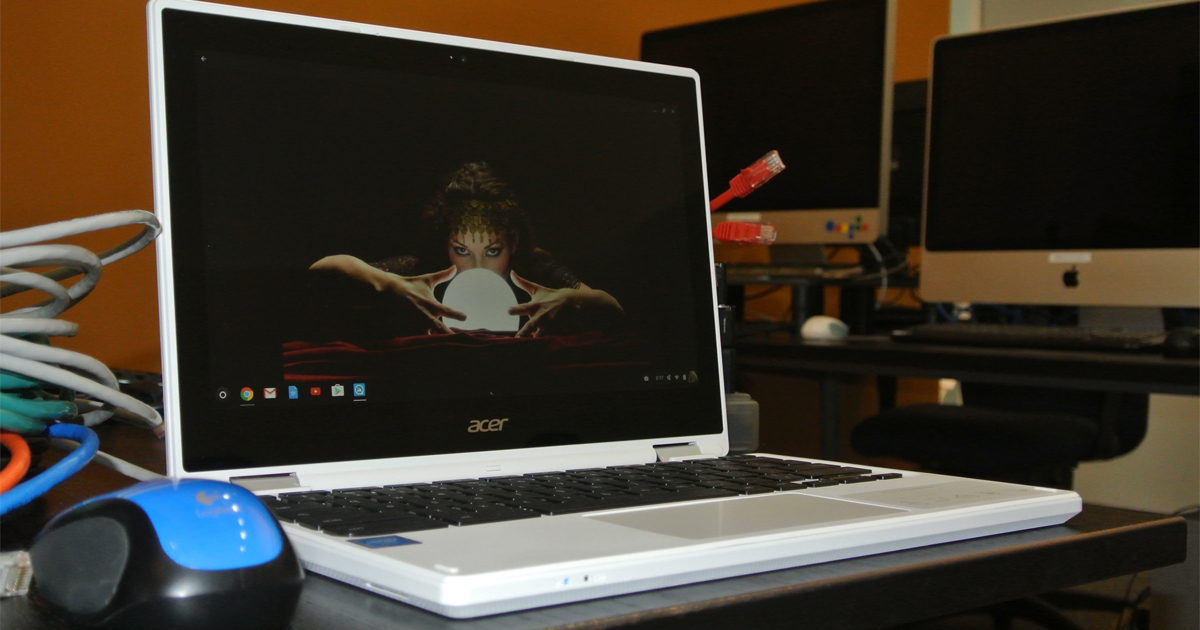 The morning of August 25 started off like any other morning in beautiful Saint Paul, Minnesota. The Minnesota State Fair opened its gates to hundreds of thousands of its citizens all looking for Sweet Martha’s Cookies and pork chops on sticks. The weather was unseasonably cool at 73 degrees. And the Minnesota Twins would go on to lose their seventh straight game, this time to the Detroit Tigers, 8 – 5. But as is often the case, history takes place on days like these. Unbeknownst to much of the world, CodeWeavers released its Tech Preview of CrossOverAndroid.

CrossOver Android is a utility that allows people to run some Windows applications on their Intel Android device or a select number of Intel based Chromebooks. That description in and of itself elicits yawns of indifference. Honestly, there was considerable fear inside the walls of CodeWeavers that the market reaction to such a technology would be, ‘SO WHAT if I can run a Windows application on my Chromebook?’. So with some fear and trepidation (and of course self-loathing), CodeWeavers announced its offering to the world anticipating the world to scoff. BUT YOU KNOW WHAT??? The feedback that we are receiving indicates that the world thinks that this technology is REALLY COOL (check out our latest news here)! And what’s even more interesting, people are using CrossOver Android for applications we never anticipated working on Android or Chromebooks.

While far from perfect, CrossOver Android is proving to be useful. Feedback indicates that people are using it to run Office 2007 & 2010, the

Steam Client, games, and even PhotoshopCS6! As more people use CrossOver Android, we’ll have insight on the applications and games that people want to run and work to support those applications. And now that the framework is available for people to ‘test’, we can focus our efforts on making a better user experience. As an example, our development team was able to fix three significant bugs and release CrossOver Android v.0.2 which is getting even more pickup.

The real question now is, ‘What lies ahead for CrossOver Android?’. We think that there are a handful of possible developments that could really thrust CrossOver Android into the spotlight making it the ‘must have’ Android / Chrome application. Allow me to share what my crystal ball is predicting for the future:

ANDROID FOR EVERYONE
Right now, CrossOver Android is limited to either Android users that have an Intel based Android device or Chromebook users that have an Intel based Chromebook AND have access to the developer build of ChromeOS (Pixel, R11, and FlipBook). That’s a pretty small subset of users. First, Intel based Android devices consist of a handful of phones, tablets, and phablets. We’ve seen a significant number of ASUS ZenFone users have success with CrossOver Android, but the pool of devices is still pretty small. Likewise, there are only three Chromebooks that have been approved by Google to receive the developer build of ChromeOS that includes Android functionality –Pixel, Acer R11, and ASUS FlipBook. That’s a pretty small subset of devices. BUT IF I LOOK INTO THE FUTURE… I believe that Google will someday release a version of ChromeOS that includes the Google Play Store to all Chromebook users. While this still limits the field to Intel based Chromebooks, it certainly puts CrossOver Android on potentially exponentially more devices. More devices means more users which means a greater pool of people running CrossOver Android and so on and so on. The more people use CrossOver Android the better the platform will become and the more Windows based applications and games it will support. CrossOver Android *might* even become a reason why someone would purchase a Chromebook over a Mac or Windows laptop. Let that sink in for a second.

A CHANGE IN FORM
Most people agree that a tablet is a rather rectangular device that is flat with a built in keyboard and a Chromebook looks like a laptop’s little brother. Tablets evolved from phones and Chromebooks devolved from laptops. One device got a bigger screen, more memory, and a snappier processor while the other got less (just less – less processor, less memory, less storage, and so on). BUT IF I LOOK INTO THE FUTURE, I can see new types of devices that are better suited for new types of users. What if hardware manufacturers made Chromebooks with more powerful specs (along the lines of the Pixel – but more). While the Chromebook has never required ‘more’, it would be a more satisfying user experience if the Chromebook had the i7 processor, 8 GB of RAM, at least 250 GB of storage space, and form factors that were unique. Now, I understand that purpose of the Chromebook isn’t to be a laptop but to be an on-line device that offsets the ‘more’ requirements by delivering on-line resources; however, I think end users still want ‘more’. If new Chromebooks along the lines of the Pixel became more readily available and ran Windows applications, power users might consider the Chromebook to be that ‘all-in-one’ useful tool. CrossOver Android *might* even be a reason why someone would purchase an Intel based Chromebook over a different device. Let that sink in for a second...

So what do all of these scenarios have in common (besides for being self-serving for CrossOver Android)? These scenarios all paint a picture that is vastly different than what we have today. Android and Chrome are potentially poised to break through to the mainstream on the same level as OSX and Windows. And to do so, the question of how to run my Windows application has to be answered. And if so, CrossOver Android is set to become the catalyst for the revolution. Let that sink in for a second...

so far I have had no replies for my Q's and there is no forum in which to go to.

The 4 apps that are offered in the package work, I got a couple home brew low tech apps to run but I cannot get anything else to run.

Wish there was more to it than a few apps.

You should be including RemixOS mention in addition to Chromebook support. Remix OS is worlds ahead of ChromeOS. (Sorry Google) So much so, My Chromebook has been converted to Seaboot Bios running Remix and now it finally does something useful. The fact that CrossOver works great with this Android x64 OS and fits in with it well should be a testament and suggestion for a partnership to create a RemixOS Pro distribution that would monitarially support both companies. Especially if Windows seamless application support could be developed. I have managed to get several Windows apps working that are not listed. (some only needed minor tweaks) Could you provide a web location ...For an Application database that users like me could upload our results to? Thats how we did it when I supported IBM OS/2 using Open32 and Odin32 libraries to run Windows NT and XP applications on that platform in seamless mode.

Either way, I'm impressed so far with CrossOver, It eliminated the need for the last 10% of applications I had to boot up my windows laptop for. It now sits in the corner gathering dust. Keep up the good work!

When I start Crossover on my Chromebook Acer R11, the Windows desktop occupies a small portion of the 1366x768 screen. For the life of me (I need a clue), I can't figure out how to resize the Windows desktop to the full Chromebook screen. I do see that the screen shots here have done that perfectly. As an aside, if I click the "full screen" icon in the Android menubar for Crossover, it "sort of" fills the screen although it's distorted, and the Windows toolbar (Start, etc.) still remains in the middle of the screen where it was. Any help would be appreciated.

Smarto 3GD52I with powerfull (according to heavy android apps and overall android booting time) intel atom is not supported. Maybe because of android 4.2. But it is not very old vedroid version

Posted 2016-09-20 09:33
#4
Copyright © 1999-2022 All Rights Reserved · Privacy Policy · Code of Conduct
CodeWeavers or its third-party tools process personal data (e.g. browsing data or IP addresses) and use cookies or other identifiers, which are necessary for its functioning and required to achieve the purposes illustrated in our Privacy Policy. You accept the use of cookies or other identifiers by clicking the Acknowledge button.
Acknowledge
Please Wait...
eyJjb3VudHJ5IjoiVVMiLCJsYW5nIjpudWxsLCJjYXJ0IjowLCJ0enMiOi01LCJjZG4iOiJodHRwczpcL1wvbWVkaWEuY29kZXdlYXZlcnMuY29tXC9wdWJcL2Nyb3Nzb3Zlclwvd2Vic2l0ZSIsImNkbnRzIjoxNjU2NDMwODcxLCJjc3JmX3Rva2VuIjoiYWh5enJGWUtzNEpVNGZ2USIsImdkcHIiOjB9