Magic Mirror on the Wall is our 2015 New Website the Fairest of Them All?
by

Jana Schmid
The year was 2012. It was the last time our website was redesigned. It was a time when it was believed that Adobe Flash would survive, it was the death of the fold and typography was really started to explode in the world of web design. It was a time when the most searched company stock was Facebook, the most searched song lyrics was Gangnam Style, Katniss Everdeen was the most popular Halloween costume, the Michael Phelps diet was trending, and the endangered species that Americans were concerned about most was the Braken Bat Cave meshweaver. Diablo 3 was one of the top trending video games, basketball player Jeremy Lin caught the attention of Americans and out of all searches in 2012 Whitney Houston was at the top. ‘How to love’ was the most searched “how to” and Tangerine Tango was the pantone color of the year. It was also the beginning of the exposed midriff trend.

Three years later the pantone color of the year is Marsala, midriffs are still being exposed and Adobe flash is experiencing a slow death. And our website has been overhauled. Three of our new favorite features include:

Responsive Design
Yes, yes, yes. We should have done this in 2012. But we didn’t and we are trying to, let it go. It's waaaay nicer to view the website on whatever 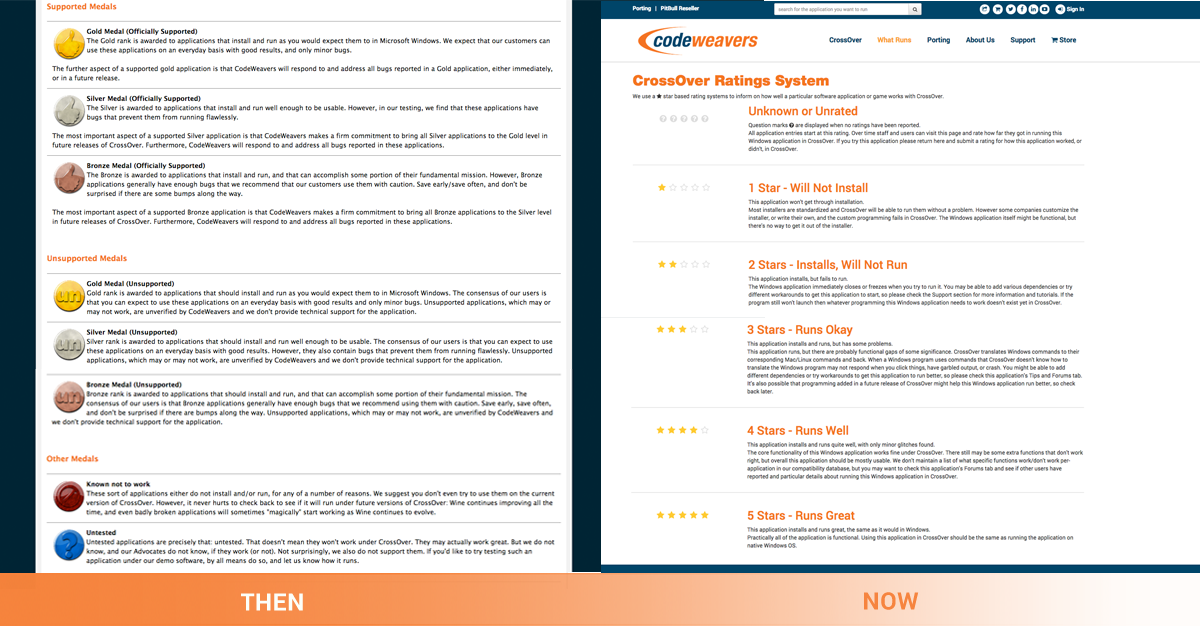 size screen you have!

New Ratings Systems
Do you remember our old ratings system? Gold, silver and bronze? Supported and unsupported? We’ve redesigned our ratings system to be a bit more universal. Stars. Made sense to us, hope it makes sense to you. It's waaaay easier to see and rate how your program runs in Crossover! Take our word for it. 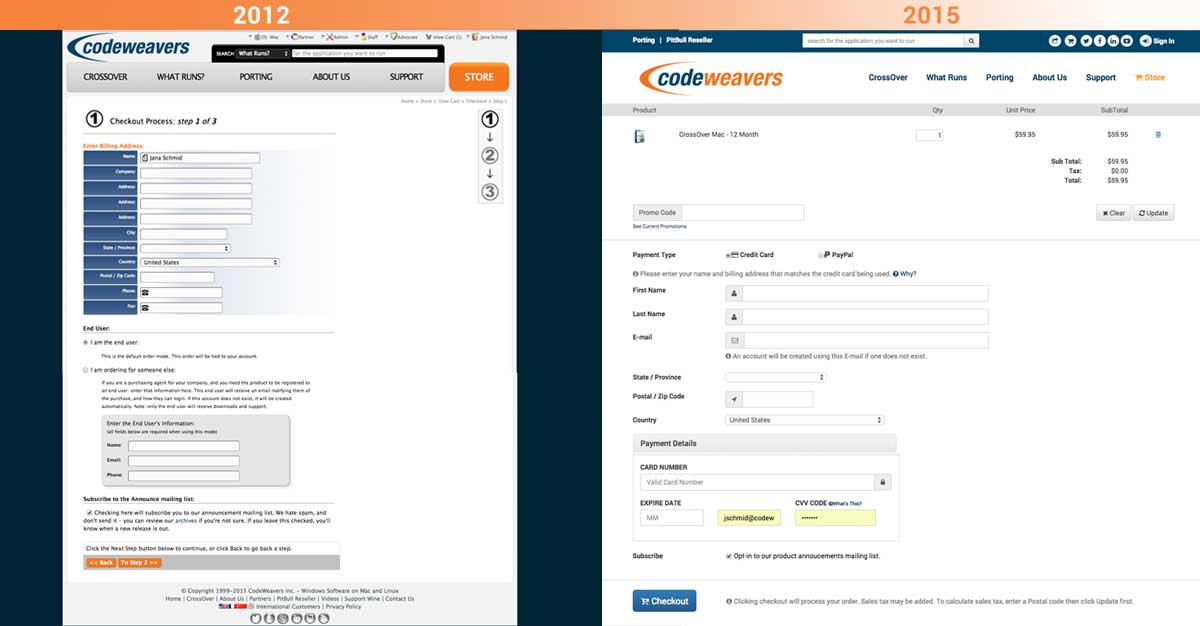 
And they wouldn’t call me the Director of Marketing if I didn’t include, well, a marketing call-to-action. It’s now easier than ever to sign up for exclusive offers and CodeWeavers events (like the Android technology preview). Sign up here.

We hope you enjoy exploring our new site. We think that this is the fairest CodeWeavers website of all. But you be the judge. 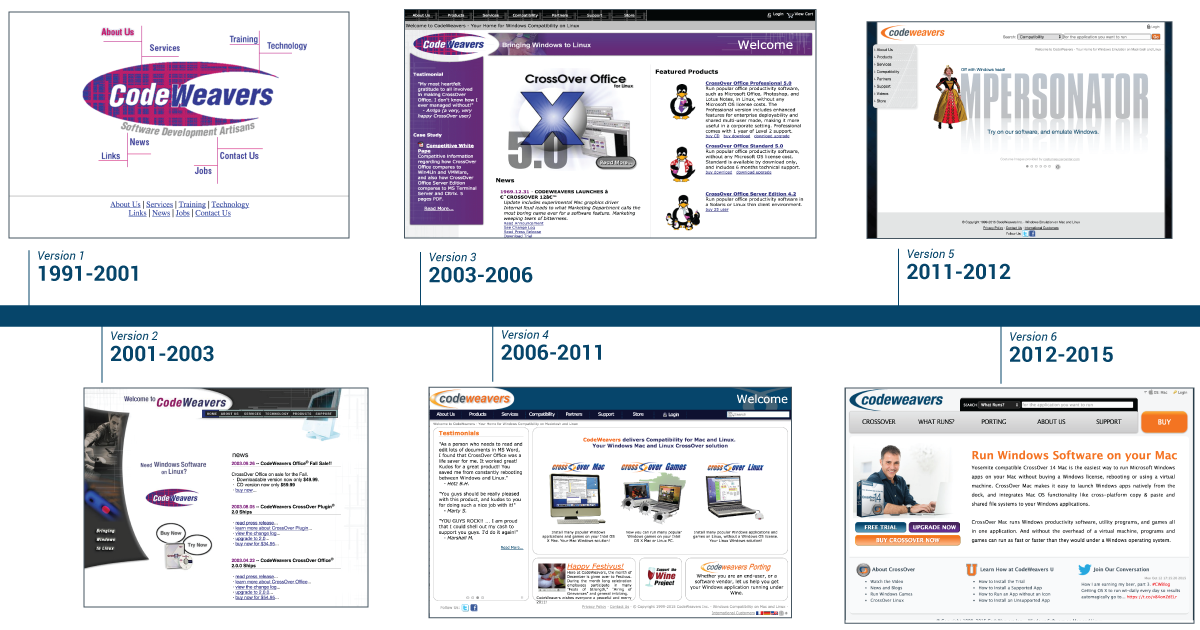 Copyright © 1999-2023 All Rights Reserved · Privacy Policy · Code of Conduct
CodeWeavers or its third-party tools process personal data (e.g. browsing data or IP addresses) and use cookies or other identifiers, which are necessary for its functioning and required to achieve the purposes illustrated in our Privacy Policy. You accept the use of cookies or other identifiers by clicking the Acknowledge button.
Acknowledge
Please Wait...
eyJjb3VudHJ5IjoiVVMiLCJsYW5nIjpudWxsLCJjYXJ0IjowLCJ0enMiOi02LCJjZG4iOiJodHRwczpcL1wvbWVkaWEuY29kZXdlYXZlcnMuY29tXC9wdWJcL2Nyb3Nzb3Zlclwvd2Vic2l0ZSIsImNkbnRzIjoxNjczNjM5MzYzLCJjc3JmX3Rva2VuIjoiU1BkZVlGaDJtRVhOQ1VWeCIsImdkcHIiOjB9