The Marketing Blues
by

What’s giving marketing the blues this time of year when the sun is shining and the weather is sweet? Preliminary results of an A/B test we are running.

Luckily, the current head scratching data that has been presented to us isn’t of the sexist kind. It’s of the “that’s impossible sort.” Obviously not impossible, because it’s happening, but I have zero rhyme or reason as to why two converting pages on our website, when graphically treated similarly in an A/B test, compared to their original counterpart are displaying much different qualitative results.

Add a shade of blue they said (the voices in my head), it symbolizes trust, loyalty, wisdom, confidence, intelligence. Blue is considered
beneficial to the mind and body. It slows human metabolism and produces a calming effect they said (Google search of color psychology). 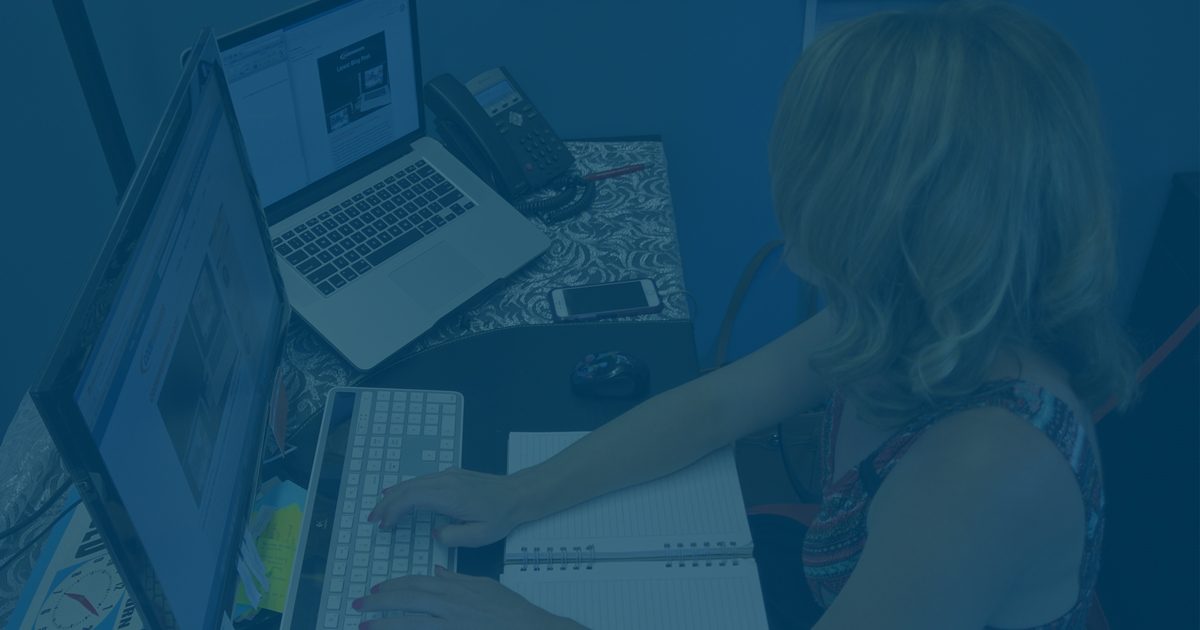 So I added blue.

And ran two separate A/B tests on our homepage and on our products page, hypothesizing that the blue products page and the blue homepage would yield similar results. You know, perform better than the original or not. It simply did not occur to me (probably thanks to all the space the voices in my head were taking up) that the original design would be winning over the variation on one webpage, and on another webpage the variation would be winning over the original. Huh?!?

I could throw our crazy theories that only cephalopods, crustaceans, rabbits and squirrels were somehow randomly given the blue variation on our products page and since they only see blue and maybe one other color that is why it converted at a much higher rate than the original. Or I could argue that since our demographic is predominately male, and 8% of men (and 0.5% of women) are color blind, the blue variation played no part in their decision making process on our homepage. I could attest that our customers are optimists and the negative space (white space) on the original didn't jibe with their glass half full mentality, thus failing to make fruitful conversions. Or, I could go back to my marketing hut and stop the crazy conspiracy theories and simply rerun the test.

I’d like to hear from you. What do you think gives?

Intuitively, I'd say that the text size is more important than the background.

Whoops, I guess I was wrong and have bad short-term memory. It really doesn't make sense.

I think we just need to accept that some people are turned off by guys in pink shirts. I'm not really sure why myself either, but I think it was just a fad which is over now.

Another thing to research... which other companies use a lot of blue in their logo/styling....

Interesting theory. I should a/b test shirt color. Thanks for the idea!

I think this is one of the best blog I ever seen.
Best Regards: Digital Marketing[link=https://www.alivenetsolution.com/services/digital-marketing/][/link]

Posted 2018-09-23 23:40
#6
Copyright © 1999-2022 All Rights Reserved · Privacy Policy · Code of Conduct
CodeWeavers or its third-party tools process personal data (e.g. browsing data or IP addresses) and use cookies or other identifiers, which are necessary for its functioning and required to achieve the purposes illustrated in our Privacy Policy. You accept the use of cookies or other identifiers by clicking the Acknowledge button.
Acknowledge
Please Wait...
eyJjb3VudHJ5IjoiVVMiLCJsYW5nIjpudWxsLCJjYXJ0IjowLCJ0enMiOi01LCJjZG4iOiJodHRwczpcL1wvbWVkaWEuY29kZXdlYXZlcnMuY29tXC9wdWJcL2Nyb3Nzb3Zlclwvd2Vic2l0ZSIsImNkbnRzIjoxNjU2NDMwODcxLCJjc3JmX3Rva2VuIjoiZ2JxUzNDeFRnenZiaDV2ZSIsImdkcHIiOjB9