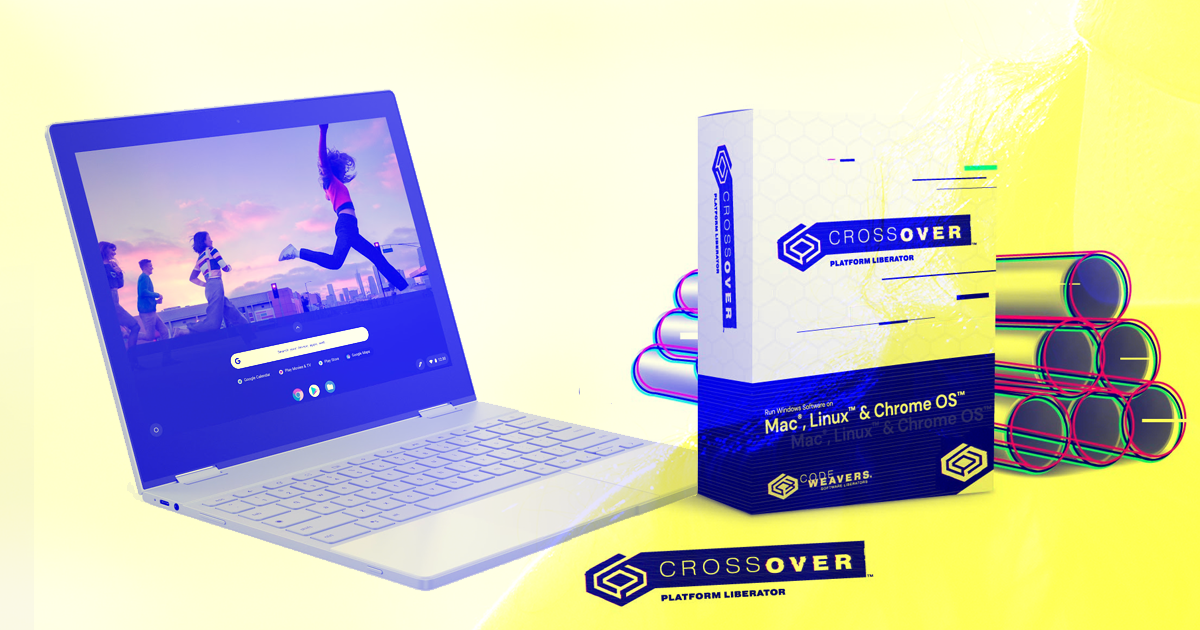 So you may not have heard the news. CrossOver for Chrome OS runs Windows apps on Chromebooks. If you want to run Windows programs that are not available in the Google Play Store alongside mobil apps, CrossOver Chrome OS is for you!

Now you may also have heard that Parallels recently released an enterprise version that also runs Windows applications on Chromebooks. So I thought I would take a moment to differentiate the two.

CrossOver Vs. Parallels for Chrome OS

Copyright © 1999-2022 All Rights Reserved · Privacy Policy · Code of Conduct
CodeWeavers or its third-party tools process personal data (e.g. browsing data or IP addresses) and use cookies or other identifiers, which are necessary for its functioning and required to achieve the purposes illustrated in our Privacy Policy. You accept the use of cookies or other identifiers by clicking the Acknowledge button.
Acknowledge
Please Wait...
eyJjb3VudHJ5IjoiVVMiLCJsYW5nIjpudWxsLCJjYXJ0IjowLCJ0enMiOi01LCJjZG4iOiJodHRwczpcL1wvbWVkaWEuY29kZXdlYXZlcnMuY29tXC9wdWJcL2Nyb3Nzb3Zlclwvd2Vic2l0ZSIsImNkbnRzIjoxNjU2NDMwODcxLCJjc3JmX3Rva2VuIjoiN0h5djNIS3hlbndrNmI1ViIsImdkcHIiOjB9