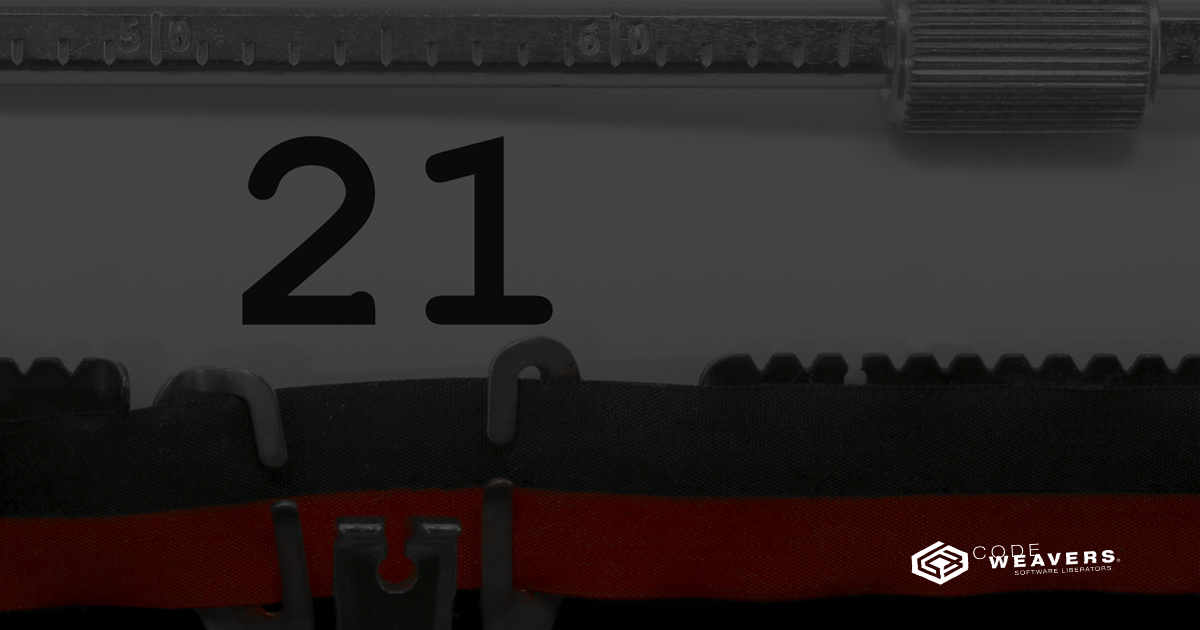 As we say good-bye to the CrossOver One-Version (for now — more on that later), we say HELLO to the much-anticipated CrossOver 21 for macOS, Linux and Chrome OS.

CrossOver 21 incldues Wine 6.0, with over 8,000 improvements (over double the improvements of CrossOver 20) that improve the experience for a wide variety of applications and games. In this release we also started shipping Wine Mono with CrossOver (previously it could only be installed via CrossTie).

The macOS version of CrossOver 21 offers support for dark mode. Additionally, macOS users running Big Sur 11.3 or later will find that Xbox Series X/S and PlayStation 5 DualSense controllers now work with Bluetooth. One of the more exciting features of Wine 6.0 is the Vulkan backend for wined3d. This feature is on by default on macOS for 64-bit Direct3D 10/11 games if DXVK is not enabled.

CrossOver 21 fixes some critical bugs crucial for running Office 365. Including better support for multi-monitor configurations with Office 2016/365 and a fix for sign in and activations problems with Office 365.

Our Chrome OS customers will also notice a faster start-up time for CrossOver.

A Note About macOS Monterey

CrossOver 21 does NOT currently include: support for macOS Monterey. We have been working closely with Apple on a solution, but right now CrossOver will not run on Monterey. We expect to be able to offer support for Monterey on CrossOver later this year in time for Monterey’s release. We will be posting progress updates on our website, so stay tuned for those. Subscribe to our blog to get the latest updates on Monterey compatibility. https://www.codeweavers.com/store/promotions/subscribe

As previously mentioned, we are no longer offering the one-version of CrossOver for the release of CrossOver 21. We realize the impact of removing our most economical version may have on some of our customers, but the confusion and expectation around it has caused us to pull it and reevaluate our offerings.

The one-version, was simply just that, the current version of CrossOver and that’s it. No support, no upgrades, no bug fixes and no renewal options. But worry not, our treasured patrons, CrossOver+ (formally known as CrossOver Pro) includes one year of upgrades, bug fixes, phone and email support. You will still own your copy of CrossOver and you can still use this version forever (as long as your OS is supports it).

Customers with active support entitlements will be prompted soon to upgrade to CrossOver 21. Alternately, they can download the latest version from https://www.codeweavers.com/account/downloads

Scott Sanbeg
Hi. I hope the reason you're hiring is because a fledgling passed a virus in the update to 21? (Straight off your site.)

Action taken: The file has been added to the quarantine.
1

Hi. I hope the reason you're hiring is because a fledgling passed a virus in the update to 21? (Straight off your site.)

That is a false positive. We've contacted some the virus scanner makers about this, but they have not done anything about it.

If this "CrossOver Mac ver21" (free update) the same as the "CrossOver+ (previous known as CrossOver Pro) ver 21"?

They are the same. We simply renamed the product to CrossOver +. If you login and view your licenses you will see they all say CrossOver + now. So you are good to go.

Florian Gaulocher
Hello Crossover-Team,
recently I updated to Crossover 21 via the builtin auto-updater without any problems. Today I launched an on demand virus scan on my Mac (Bitdefender Virus Scanner V3.16 from the Mac Appstore). It discovered several findings in one of the bottles and deleted them automatically.

Are these also false-positives or do I have to be worried ?

Thanks.
Posted 2021-08-14 08:59
#5
Copyright © 1999-2022 All Rights Reserved · Privacy Policy · Code of Conduct
CodeWeavers or its third-party tools process personal data (e.g. browsing data or IP addresses) and use cookies or other identifiers, which are necessary for its functioning and required to achieve the purposes illustrated in our Privacy Policy. You accept the use of cookies or other identifiers by clicking the Acknowledge button.
Acknowledge
Please Wait...
eyJjb3VudHJ5IjoiVVMiLCJsYW5nIjpudWxsLCJjYXJ0IjowLCJ0enMiOi02LCJjZG4iOiJodHRwczpcL1wvbWVkaWEuY29kZXdlYXZlcnMuY29tXC9wdWJcL2Nyb3Nzb3Zlclwvd2Vic2l0ZSIsImNkbnRzIjoxNjQxOTIyMjU1LCJjc3JmX3Rva2VuIjoiWWtwaEpCYkdIN3E2ZkN1ZiIsImdkcHIiOjB9