CrossOver 22 is compatible with Ventura, version 21, not so much.
by 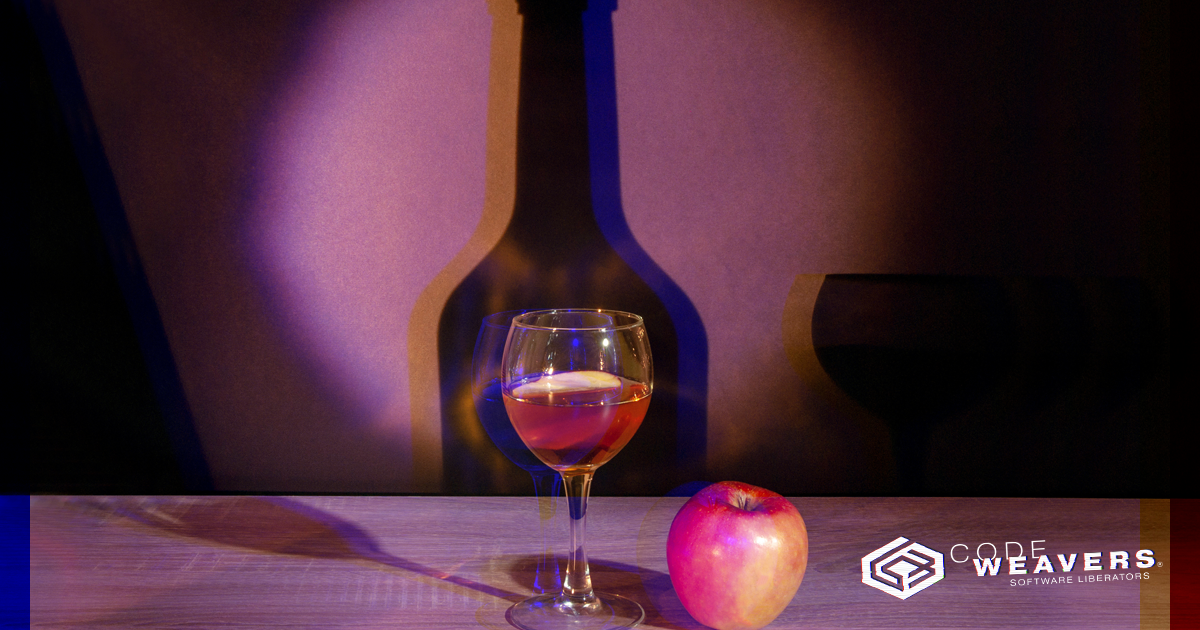 This pedestrian blog post is to inform our users that Apple's next-generation operating system for Mac launched today and runs great on CrossOver version 22.

If you need to update your version of CrossOver, please use deal code VENTURA30 to save 30% on CrossOver+ for Mac, Linux and/or ChromeOS.*

Some poems to makes this post a little less pedestrian.

Orchard I Upgrade?
Install Ventura
If you’ve CrossOver 22
V. 21 will not do.

Slice Slice Baby
A day in October,
When Ventura was released
CrossOver users rushed to check compatibility.
Those will 22 quickly realized they were fine
While those with CrossOver 21 or older,
Just need to upgrade to get out of their bind.

Can't Fight This Peeling Anymore
Roses are red,
Violets are blue.
Ventura works on CrossOver 22,
if you have 21 you're screwed.

Looking on the Bright Cider of Life
Hello it’s CrossOver, your old friend
I’ve come to remind you again
Because Apple released Ventura
Left older versions of CrossOver unsure-a
And CrossOver twenty-two runs great
No debate
So upgrade if you need to

And as a friendly reminder if you need to update your version of CrossOver, please use deal code VENTURA30 to save 30% on CrossOver+ for Mac, Linux and/or ChromeOS.*

No discounts for 21 users? Just concerned

Same question here. I just purchased CrossOver 21 two months ago. If I had waited, I would have been better off. For recent purchases of CrossOver 21, can we just pay the difference between 21 and 22? Thank you.

I discovered this today. I’d been running mostly 22, but keeping 21 going for a couple programs that wouldn’t run under 22 (e.g., BlueDV).

You don't buy a single version of CrossOver but one year of access to the latest version. So if you recently purchased version 21, the update to 22 is already available to you for free. You can also always buy another year with a discount code, and it will be added to the end of your existing support period, even if your last purchase was just two months ago. As far as I know, you can buy as many years in advance as you want.

If you purchased CrossOver+ in the past year you will be prompted to automatically update. When you buy CrossOver+ you are entitled to free upgrades for one year.

Pro tip: If you already have an active subscription to CrossOver+ and want to add another year, wait until our Cyber Monday sale. It is always a doozie. You can sign up to receive the email notification at: https://www.codeweavers.com/store/promotions/subscribe

I'm using the trial version of CrossoOver 22 and it doesn't work. It installs me and lets me open the application but it doesn't let me download any bottle in macos ventura. it does not work

it doesn't let me download any bottle in macos ventura.

Bottles are created, not downloaded. CrossOver is not an App Store. You still have to install the applications yourself.

I have updated to the latest CrossOver and to Ventura on a new Imac. My software ExtremeGammon doesn't work now. How can I fix this, anything I need to be doing - or does it need to come from somewhere else? I bought Crossover to be able to use this software from my Mac. Please help me on my way. I am not a computer wizard - so don't answer to techy.

I started having controller input lags as soon as I updated to crossover 22 on MacOS Ventura.

Copyright © 1999-2022 All Rights Reserved · Privacy Policy · Code of Conduct
CodeWeavers or its third-party tools process personal data (e.g. browsing data or IP addresses) and use cookies or other identifiers, which are necessary for its functioning and required to achieve the purposes illustrated in our Privacy Policy. You accept the use of cookies or other identifiers by clicking the Acknowledge button.
Acknowledge
Please Wait...
eyJjb3VudHJ5IjoiVVMiLCJsYW5nIjpudWxsLCJjYXJ0IjowLCJ0enMiOi02LCJjZG4iOiJodHRwczpcL1wvbWVkaWEuY29kZXdlYXZlcnMuY29tXC9wdWJcL2Nyb3Nzb3Zlclwvd2Vic2l0ZSIsImNkbnRzIjoxNjcwMjc2ODc2LCJjc3JmX3Rva2VuIjoieUFXekE2Y0pSZWNLOGNhOSIsImdkcHIiOjB9