This is a community forum and not official technical support. — If you need official support: Contact Us

I'll start by saying that YES I want to go on with my FM2015 team and not play a newer release, thanks.

I have a Mac and since I while back my Football Manager 2015 won't play there because of mac Updates. I downloaded a trial version of Parrallels and the game played without any problems whatsoever, sweet. But the trial is over and to buy Parallels costs a fortune, so I tried other solutions to run PC games on my Mac.

So I've downloaded Crossover and installed Steam without problem. I can start Steam and install Football Manager, but when I try to run it, nothing happens at all...the only available option is to click "Stop" and then it says that Football Manager is shutting down.

What am I doing wrong? 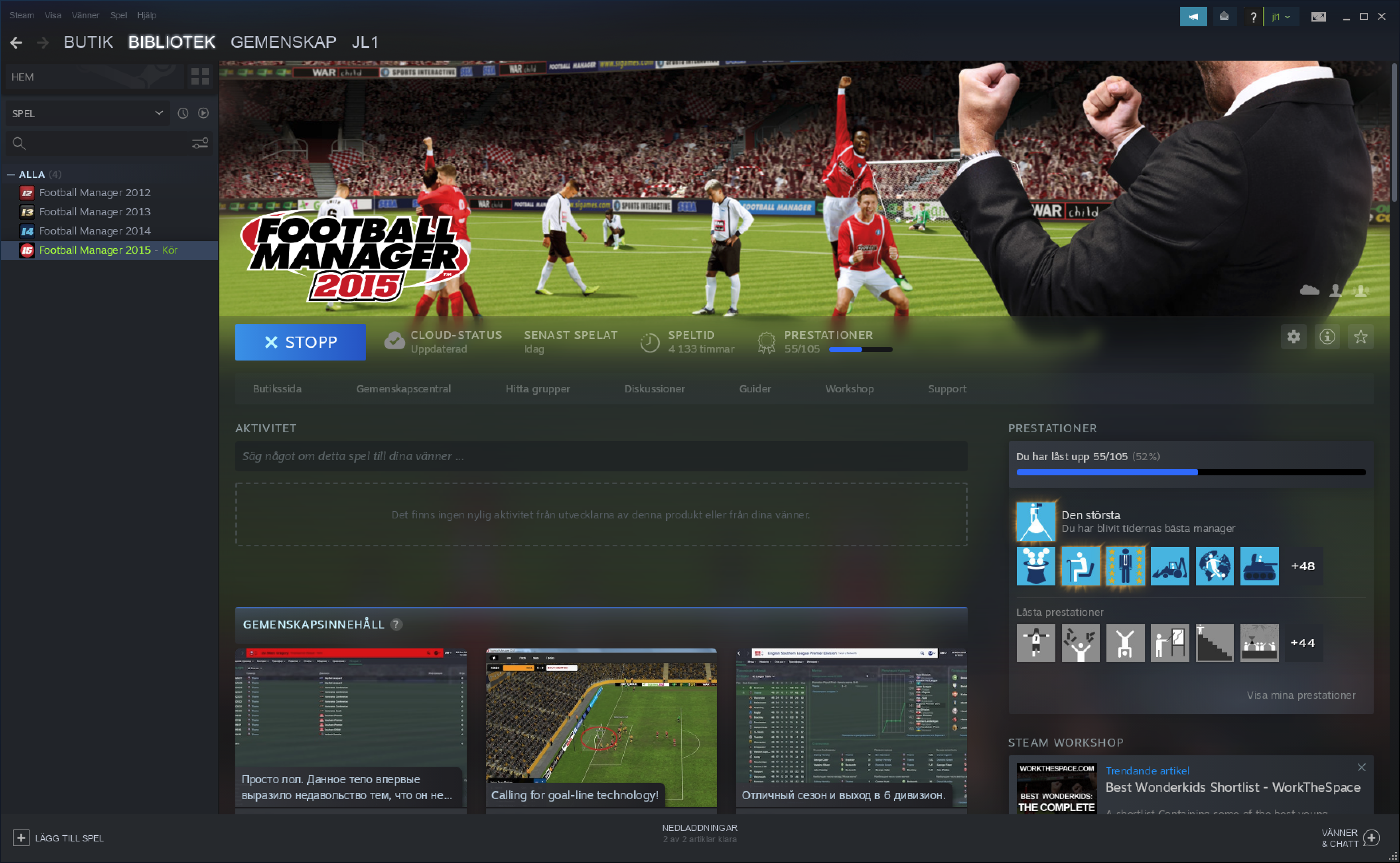 Copyright © 1999-2023 All Rights Reserved · Privacy Policy · Code of Conduct
CodeWeavers or its third-party tools process personal data (e.g. browsing data or IP addresses) and use cookies or other identifiers, which are necessary for its functioning and required to achieve the purposes illustrated in our Privacy Policy. You accept the use of cookies or other identifiers by clicking the Acknowledge button.
Acknowledge
Please Wait...
eyJjb3VudHJ5IjoiVVMiLCJsYW5nIjpudWxsLCJjYXJ0IjowLCJ0enMiOi02LCJjZG4iOiJodHRwczpcL1wvbWVkaWEuY29kZXdlYXZlcnMuY29tXC9wdWJcL2Nyb3Nzb3Zlclwvd2Vic2l0ZSIsImNkbnRzIjoxNjczNjM5MzYzLCJjc3JmX3Rva2VuIjoiUUxzYndxcWF2NmdWNGYzdSIsImdkcHIiOjB9